You are here: Home > The Jewel in the Canon

About the trip | Outline Itinerary | About our destinations | Register your interest

This three-week bespoke trip to India, tailored for the Society, promises to be an experience like no other. As we see the best of India, we plan to bring together the Holmesian references to India, enjoy privileged access to private buildings, and travel in style with fellow Holmesians.

In addition, as we promote Holmes, Watson and the India-related personalities, we hope to engage Indian Holmesians to share our experiences – Conan Doyle is published in India in a dozen Indian languages as well as English and has inspired many Indian mystery writers. Among the many extra events of the trip, we hope to run a short story competition for students, share a day at the races, stage a play at the Victorian Gaiety Theatre in Shimla, and much more.

Earlier in 2022 we established that there was more than sufficient interest in this trip among members to make the trip viable and we are now making detailed arrangements. Set out below is the itinerary, together with other information as things currently stand.

Organisation: We have identified a travel agency based in India who are contributing to the development of the itinerary and they will provide the local support needed.

Accommodation: We have chosen hotels of an appropriate cost and level of comfort and where possible with Victorian interest.

Privileged access: we will identify historic private clubs and other locations not generally open to the public to see whether we can get access to them.

Diplomatic involvement: we would hope to have receptions in the same way as we had on the Baltic cruise.

Indian Sherlockian involvement: we will engage with local members who may wish to accompany the trip, or to host events at various locations.

Likely cost: you should budget of £3,500 – £4,000 per person; travel to and from India will be an additional cost, as pilgrims may come from a variety of locations and may also want to extend their trips. The exact pricing can be calculated only once the programme has been confirmed. There may be some additional costs for meals that are taken when they have not been arranged as part of the tour.

There will be advance booking costs and these will be covered by a payment schedule for pilgrims who have firmly decided to go. This will be managed by the travel agent rather than through the Society.

What about COVID? The trip of course depends on our being able to travel to India without restriction and we will keep this situation under review as planning progresses..

Costumes? As well as being assigned characters from the canon, some pilgrims will be assigned acting roles for various playlets in costume, and also to give talks on particular aspects of Sherlockian interest on our trip and/or provide coach commentaries during sightseeing.

Set out below is the itinerary as it currently stands, with information about the visits and some of the activities that we hope to undertake. 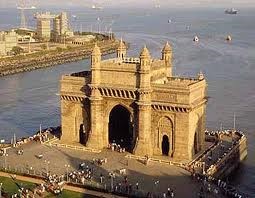 Gateway to India in Mumbai, the port-city where young Dr Watson arrived in India on his way to serve in the Afghan war

We convene in Mumbai, capital of Maharashtra state, India’s largest port and its financial and entertainment capital. In Holmes’s day the city was the headquarters of the Bombay Presidency and location of the world’s most important cotton trading market. The first railway line in India was constructed between Bombay and Thane. Major Sholto was in the 34th Bombay Infantry and Watson arrived here en route for Afghanistan. 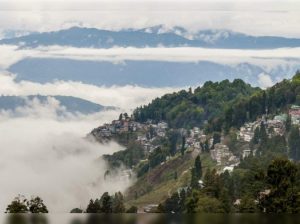 In the early 19th century during East India Company rule in India a sanatorium and a military depot were set up in the region. Subsequently, extensive tea plantations were established, the tea growers developing hybrids of black tea and creating new fermentation techniques. A distinctive Darjeeling tea emerged, which became internationally recognised and has ranked among the most popular black teas in the world. The Darjeeling Himalayan Railway connecting the town with the North Bengal plains was completed in 1881 and has some of the few remaining steam locomotives in service in India.

THE SUNDARBANS – 2 NIGHTS ON A BOAT 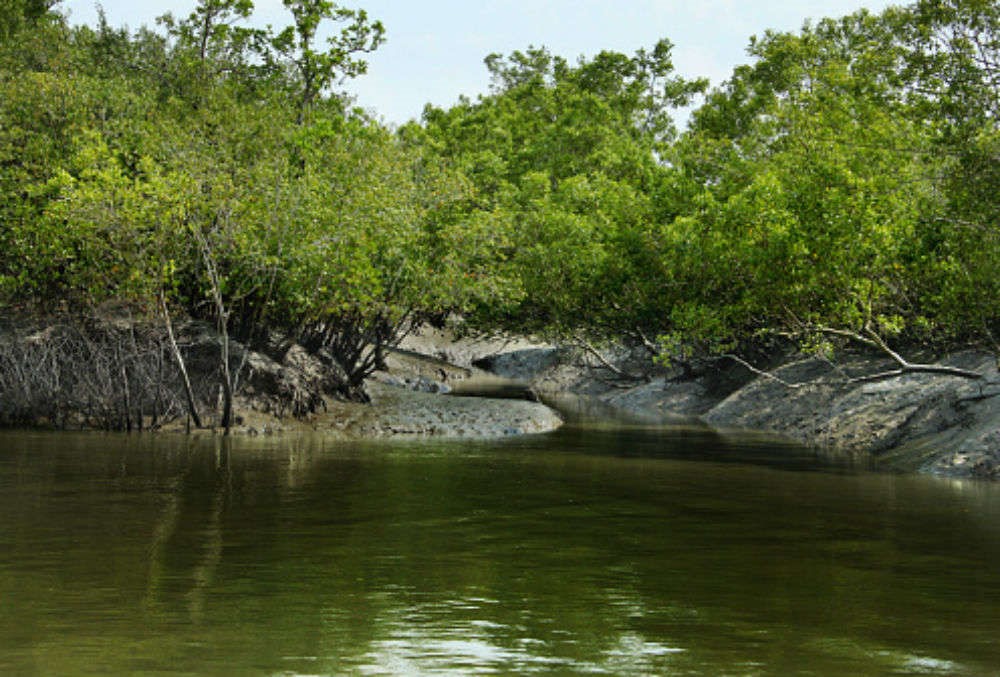 From Kolkata we explore the Sundarbans by boat. The Sundarbans are a mangrove area in the delta formed by the confluence of the Ganges, Brahmaputra and Meghna Rivers in the Bay of Bengal. It comprises closed and open mangrove forests, land used for agricultural purpose, mudflats and barren land, and is intersected by multiple tidal streams and channels.

The main purpose of our visit, however, will be tiger spotting, as this is an area in which Bengal tigers thrive and of course Colonel Moran was a celebrated tiger hunter.

DAY 8: BACK TO KOLKATA 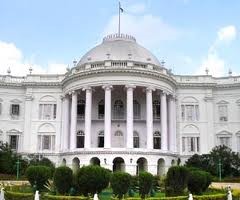 We are now in the capital of West Bengal state. The city has a fine tradition of literature, music and art. Founded in 1690 by Job Charnock, an East India Company administrator, Calcutta, as it was then called, was the British capital of India from 1772 until the gradual move to New Delhi from 1911 to 1931. Renowned for its grand stucco classical architecture, it was dubbed the City of Palaces. The Holmesian figure Dr. Grimesby Roylott established a large practice here.

Sponsorship of and attendance at horse race in costume, evensong at St. John’s Church, event linked with Calcutta’s children’s charity to present award for Holmesian essay, official reception by Governor of Government House, special show at Birla planetarium: ‘Dynamics of an asteroid’. Coffee at Fairlawn Hotel; dinner at Bengal or Tollygunge Club

Lucknow is the capital of Uttar Pradesh state. The Siege of Lucknow and its Relief by British troops in 1857 (left) were seminal. For Indians it was an early step towards independence; for the British it resulted in the Raj (‘rule’) administration direct from Westminster 1858-1947. The site of the British Residency (right) is well maintained today. Several Holmes stories refer to historic events in Lucknow.

We hope to arrange a cricket match at La Martiniere college 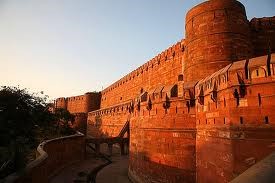 Agra Fort, the mighty double-walled fortress built by Mughal emperor Akbar, was taken by the British in 1803. It became a centre of their administration and commerce and a key communications centre during the 1857 upheavals – hence its appropriate choice in Conan Doyle’s The Sign of Four

DAY 14: LEAVE LUCKNOW TO TRAVEL BY COACH TO AGRA – 2 NIGHTS

We travel to Agra passing Cawnpore en route and viewing the remains of the Great Hedge of India.

Arriving in Agra, we are now back in Uttar Pradesh state, in the city where the great Mughal emperors presided over one of the world’s most dazzling courts from 1526 to 1648, and where the British later centred their military administration for north India.

An event at Agra Fort in costume

The Great Game is Afoot!’ The final climb to Shimla, 7,084 feet above sea level, is by the Kalka-Shimla narrow-gauge railway line. A feat of engineering, it has 806 bridges and 103 tunnels and was completed in 1906. In Shimla, the cool summer headquarters of British India from 1833 to 1947, many British period buildings survive including the imposing Viceregal Lodge on Observatory Hill, completed in 1888.

Shimla is now the capital and the largest city of the Northern Indian state of Himachal Pradesh. It is the principal commercial, cultural and educational centre of the state. It was the capital city in exile of British Burma (present-day Myanmar) from 1942 to 1945.

A Sherlockian performance at the Gaiety Theatre 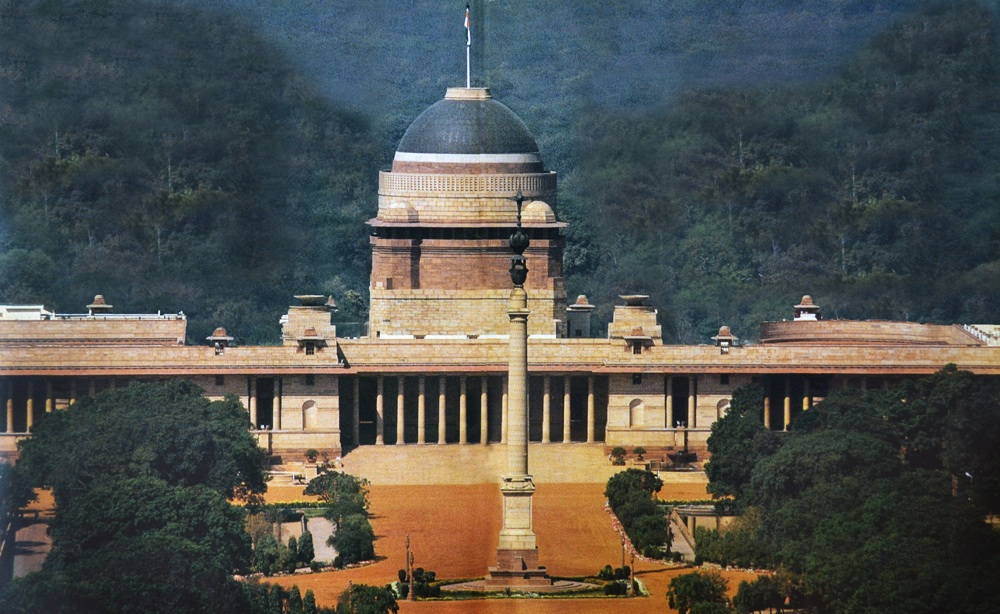 Rastrapathi Bhawan, built as the British Viceregal Lodge, is the centrepiece of Lutyens’s New Delhi which was built 1911-31 as the capital of the Eastern Empire. Within 17 years it became the capital of independent India.

Delhi, India’s capital territory, is a massive metropolitan area in the country’s north. In Old Delhi, a neighbourhood dating to the 1600s, stands the imposing Mughal-era Red Fort, a symbol of India, and the sprawling Jama Masjid mosque, whose courtyard accommodates 25,000 people. Nearby is Chandni Chowk, a vibrant bazaar filled with food carts, sweets shops and spice stalls.

Hospitality at British High Commission, Visit to All India Radio or TV studio – get involved in a programme.

Pilgrims may of course wish to extend their tour to visit other parts of this vibrant country.

Please confirm your interest, or otherwise, by completing the short questionnaire: