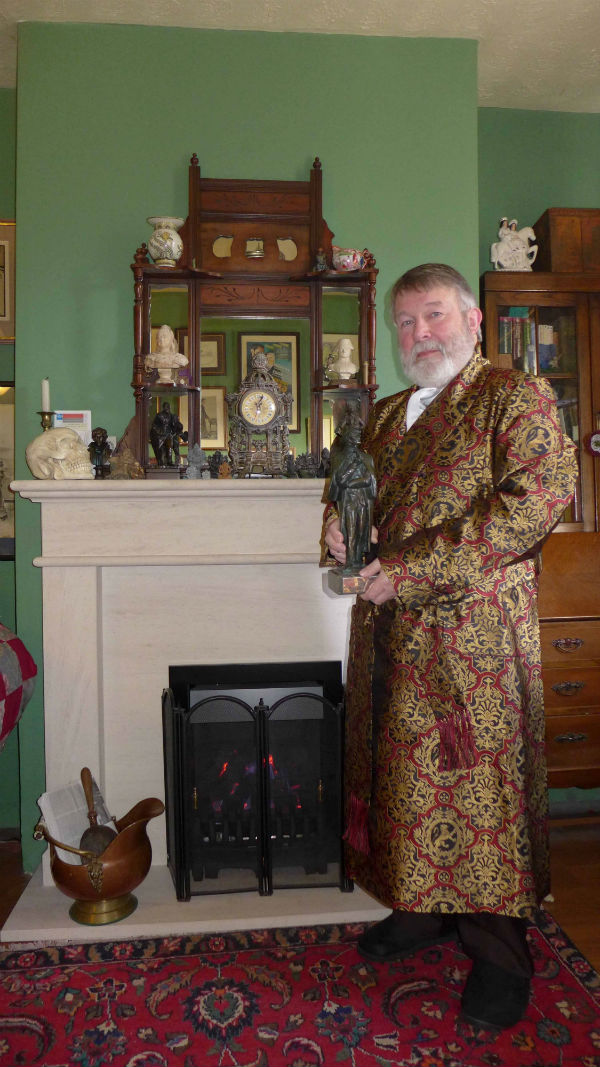 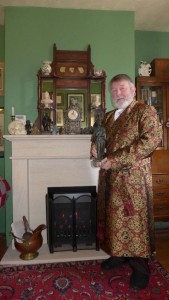 The winner of the Tony Howlett award for 2015 is Roger Johnson.  Roger is a highly respected Holmesian Scholar and Joint Editor of the Sherlock Holmes Journal.

The Tony Howlett Award is made each year for long and outstanding service to the Society.  Roger joins a long list of distinguished recipients including Richard Lancelyn Green and Bernard Davies.

Roger was also a winner on Sky Television's new quiz show 'The Fanatics'.  Answering questions on Sherlock Holmes, Roger beat a devotee of the Eurovision Song Contest and an expert fisherman, his chosen prize being a magnificent dressing gown (seen here with Roger holding the Tony Howlett Award).

He went on to answer the 'Ultimate Question' on Sherlock Holmes, winning a five night break in Switzerland for him and Jean, including a visit to the Reichenbach Falls and the Sherlock Holmes Museum in Meiringen.