You are here: Home > The most fateful date in the history of the world! 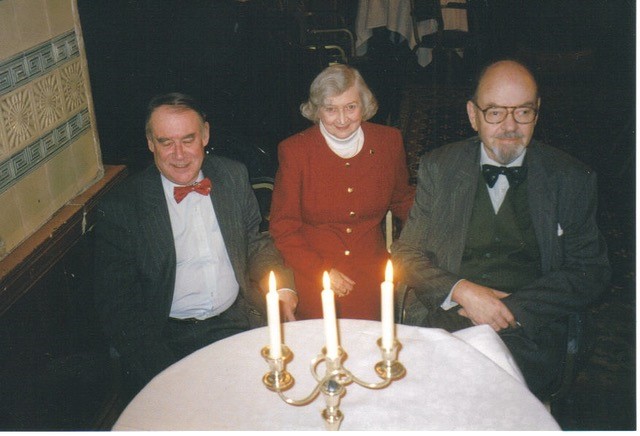 Saturday 20th February 2021 marks an important anniversary in the history of the Society.   For it was exactly 70 years ago that four tired men and one tired woman crossed the Marylebone Road to raise a glass at the end of a hard day’s work on the 1951 Sherlock Holmes Exhibition that was to open at Abbey House in Baker Street three months later.   Let Tony Howlett take up the story:

Tuesday 20th February in the year 1951—the most fateful date in the history of the world. . . . Jack Thorne, Bill Williams, Freda and myself had been working at the exhibition, where we had been joined by Colin Prestige. By nine o’clock, we were in desperate need of refreshment and so adjourned to Allen’s Bar (since demolished), a pub opposite St. Marylebone Library. Here, under the stimulus of alcohol, a brilliant idea was evolved. . . .

We put our heads together to think of a nucleus of Holmesians with whom to discuss the idea. As a result, Jack Thorne called an informal meeting in, perhaps significantly, the St. Marylebone Children’s Library on Friday 16th March. . . . It was agreed [at that meeting] that we should try to form the Society. . . . 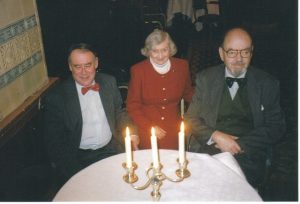 Try they did, and they succeeded!   For here we are – a thriving Sherlock Holmes Society of London nearly three-quarters of a century on.   If ever there should be a blue plaque commemorating the major literary birth, it should be mounted upon the outside wall of the present Allsop Arms in Gloucester Place, round the corner from the site of its same-name predecessor on the Marylebone Road which had been re-named Allen’s Bar.

So raise a locked-down glass of Beaune or Tokay in celebration.   Virtual we may be, but the Society is preparing to mark our 70th in style and – you heard it here first! – look out for the publishing sensation of the year: This August And Scholarly Body: The Society at 70