You are here: Home > ‘The Franco-Midland Fandango’ – a pictorial record of the Annual Dinner and the Morning After 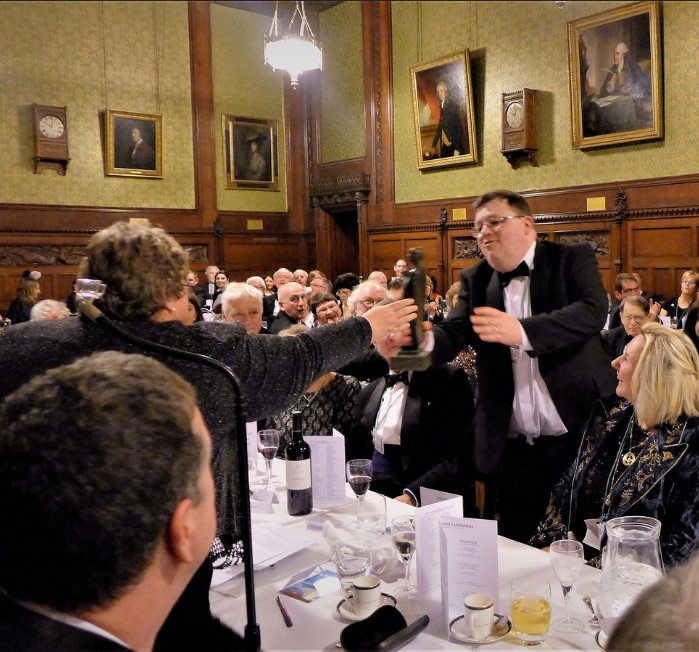 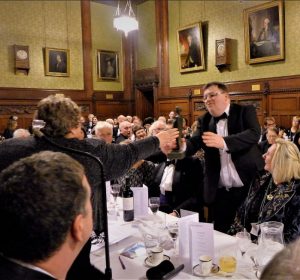 The 2017 Annual Dinner, 'The Franco-Midland Fandango', was held on the 14th January, in the Members' Dining Room at the House of Commons, thanks to our sponsor, Bob Neill, MP. As usual there was an outstanding and very welcome number of members and guests from overseas.
The Guest of Honour, Mark Billingham, is not only a distinguished crime writer, but also an actor (he was in Tony Robinson's 'Maid Marian and Her Merry Men', for which he also wrote a couple of episodes) and a stand-up comedian. A tough act to follow – but Robert Graham, the second speaker, kept the laughs and the applause coming.
Two awards were presented by the Chairman, Elaine McCafferty. Peter Horrocks became our newest Honorary Member, and Matthew J Elliott is the fourteenth recipient of the Tony Howlett Award.

You'll find some rather nice photos of the Dinner and the following day's social lunch at https://www.flickr.com/photos/shsl/albums/with/72157679771170316 – or click on 'Gallery' above…