You are here: Home > The Abbey Grange manuscript facsimile 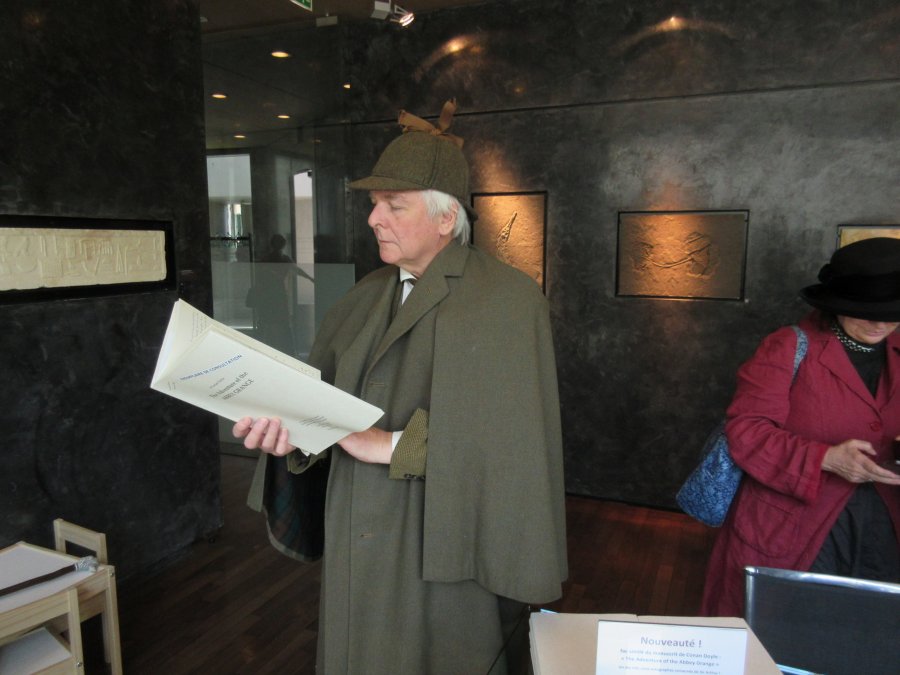 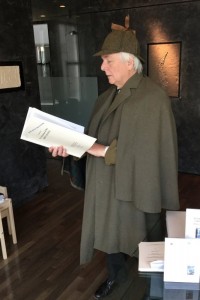 On Friday 27 May, Members of the Sherlock Holmes Society of London and the Société d'études holmésiennes de la Suisse romande were the guests of the Fondation Martin Bodmer, at Cologny, near Geneva for the launch of the facsimile of "The Adventure of The Abbey Grange".  Following the tradition established on the Society's first pilgrimage to Switzerland in 1968, many of the party were in character, and we were delighted to be given a tour of Geneva in a vintage tram before making the three-mile journey to Cologny in a magnificent vintage post bus.

We were given a private view of the current exhibition in the Library, Frankenstein: Creation of Darkness, which recreates the beginnings of Mary Shelley's novel – conceived at the nearby Villa Diodati – in its first manuscript and printed forms.  Then, after seeing the original manuscript of "The Adventure of The Abbey Grange" on display in the library, we moved on to the formal launch of the facsimile, at which our eminent Swiss member Marcus Geisser spoke about Conan Doyle and Switzerland, and the Fondation Martin Bodmer praised this new, exciting addition to our list of publications.

After the launch, we were invited by His Excellency Julian Braithwaite, Ambassador and Permanent Representative, UK Mission to the UN in Geneva, to a reception on the lawn of the Residence.

Photographs of the Society's visit to Geneva, including the launch and the the reception can be found in our Gallery at https://www.flickr.com/photos/shsl/sets/ .

The Society has now received its copies of the facsimile and anyone who ordered a pre-publication copy will be receiving it in the post very soon (the limited edition copies will take a little longer).  Copies of the Regular edition are available to order on line from our shop: https://www.sherlock-holmes.org.uk/the-abbey-grange-facsimile/ .