You are here: Home > Memorial Bench in Meiringen 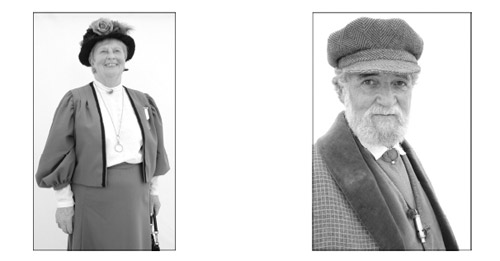 Eileen Holman had worked for many years with Albert Kunz in London at the Swiss National Tourist Office (now Switzerland Tourism) and Theo Wyler had worked in Zurich for the same organisation. Both contributed much of their time – both when they were employed, and then in retirement – to ensuring that the Society’s Swiss Pilgrimages were so successful and enjoyable. Both had been contributing to the planning for the Society’s forthcoming 2012 Pilgrimage.

To mark their passing, the Meiringen Town authorities have agreed that a weather-proof park bench may be placed by the Society in the centre of Meiringen, in Conan Doyle Square at the entrance to the Sherlock Holmes Museum in the Old English Church. The bench will record on a bronze plate their portraits, names and dates, and include the Society’s name. The engraving will be produced by our Honorary Member, John Doubleday, and the bench will be dedicated during the Pilgrimage in September this year. The costs involved are estimated to be about £1,500.

The Society believes that many members who knew Eileen and Theo may wish to make a contribution toward the costs to be incurred. If you would like to make a contribution (of any amount) please send by cheque, payable to The Sherlock Holmes Society of London, to our Treasurer, Calvert Markham, at 32 York Road, Cheam SM2 6HH, England or by PayPal to calvert@cmarkham.com