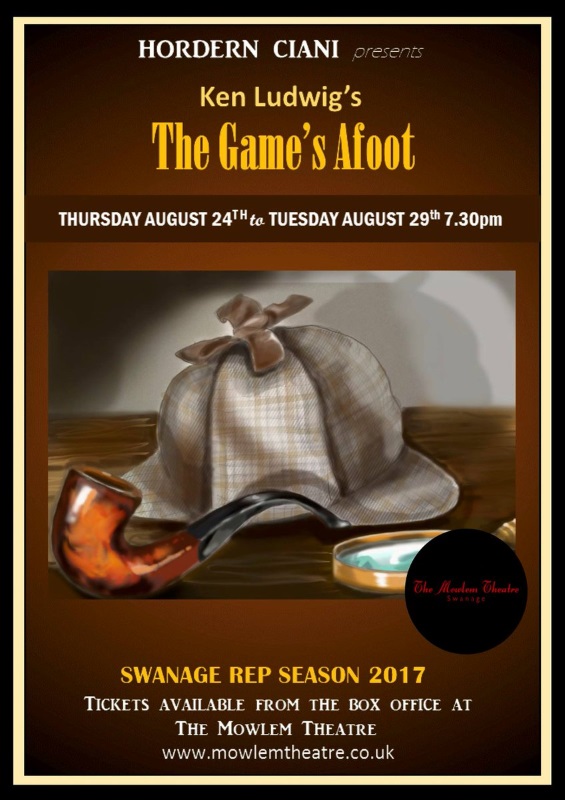 From the 24th to the 29th August the Mowlem Theatre in Swanage presents The Game's Afoot by Ken Ludwig.

A Sherlock Holmes-style comedy thriller, The Game’s Afoot is your traditional ‘But Who?’ tale with plenty of laughs guaranteed and was the winner of the 2012 Edgar Award for Best Play from the Mystery Writers of America.

It is December 1936 and Broadway star, William Gillette, admired around the world for his leading role in the play Sherlock Holmes, has invited his fellow cast-members to his Connecticut castle for a weekend of revelry. But when one of the guests is stabbed to death, the festivities in this isolated house of tricks and mirrors quickly turn dangerous. It is up to Gillette, as he assumes the persona of his beloved Holmes, to track down the killer before the next victim appears. The danger and hilarity are non-stop in this glittering set during the Christmas holidays.

You can also book online through WeGotTickets where an additional booking fee is charged: www.wegottickets.com/location/7025

Swanage Rep Season lasts for 3 weeks in August with 3 shows as part of the unique ambition to return repertory theatre to this local community of Dorset. Yes, Prime Minister, The Secret Garden, and The Game’s Afoot are popular shows for everyone of all ages to enjoy.