You are here: Home > Events > “The Sign of Two” – book signing at the Sherlock Holmes pub

“The Sign of Two” – book signing at the Sherlock Holmes pub 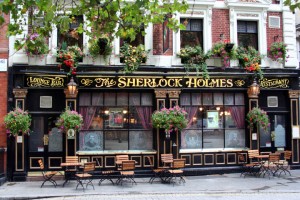 “MAY I INTRODUCE YOU TO MR SHERLOCK HOLMES?”*

At London’s famous Sherlock Holmes pub on Monday the 16th May you can meet the authors of an award-winning book about the great detective.

Between 2.00pm and 4.00pm Roger Johnson & Jean Upton will be signing copies of The Sherlock Holmes Miscellany, which has been praised by reviewers in Britain and around the world. 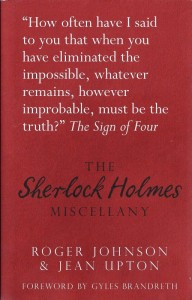 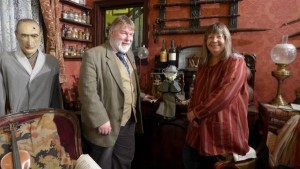 “A friend of Mr Sherlock is always welcome.”†