You are here: Home > Events > “Ships, Spies and Ghosts in the Windy East” 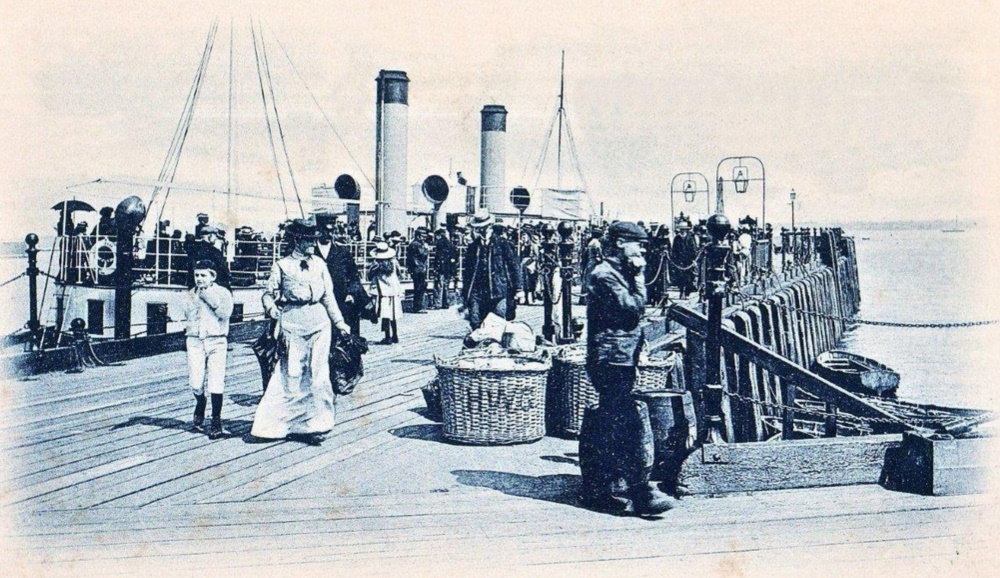 “His Last Bow occupies a unique place in the Sherlock Holmes Canon”, says Sir Arthur Conan Doyle’s biographer Daniel Stashower. Who would disagree with Daniel? We become witnesses to the last recorded conversation between the two protagonists of 221B Baker Street. They depart from us at an historical turning point when the world they inhabited is about to collapse.

In other words, in August 1914 the universe where it is always 1895 is about to be dramatically transformed. Watson no longer depends on the trustworthy Hansom cabby. Driving a Ford Model T by himself – an icon of the emerging society of mass consumption of the 20th century – he quite literally steers into the age of modernity. His Last Bow is the Canon’s gateway into the world in which we live today.

This year’s weekend expedition aims at examining this momentous, final Sherlock Holmes story with respect to its characters, their setting both in time and location, and the spy story genre in the early years of the 20th century.
We will be looking at the historic port of Harwich, which features prominently in the story, and consider renowned medievalist and ghost story writer M R James, a devotee of Sir Arthur Conan Doyle, who lived and set some of his most famous ghost stories, in the adjoining county of Suffolk. James’ stories, which have been adapted for TV for many years (A Ghost Story for Christmas) are now being adapted by Mark Gatiss who played Mycroft in ‘Sherlock’. M R James’ enthusiasm for Conan Doyle led him to take on the mantle of detective himself, to try to solve the unfinished plot of Charles Dickens’ “The Mystery of Edwin Drood” in 1905. We will look at more recent research confirming that His Last Bow occupies a place of relevance and significance in the Canon.

We will spend our weekend in the magnificent setting of the Seckford Hall and Spa in Woodbridge, Suffolk, where you may treat yourself to a calming massage or quietly soak in a hot tub or enjoy some relaxing moments in the elegant pool. We are certain that this unique hotel is an appropriate setting to resume our traditional Society’s autumn weekend treats after having been deprived of these outings during the pandemic.

Friday, 2nd September
We will meet at the hotel in the early evening with a drinks reception. This will be followed by dinner at the hotel with a talk on Sir Arthur Conan Doyle and the First World War including the naval installations at Harwich delivered by our own John Morewood and special guest Julian Spilsbury.

Saturday, 3rd September
After a leisurely breakfast we will start our day with a walking tour of Harwich and its nautical heritage, including visiting the house of the captain of the Mayflower, from where the hundred Pilgrim Fathers from England set off for America in 1620. This historical detour into history will be conducted by Harwich town guides.

After lunch we intend to spend some time at the iconic Electric Palace Cinema, one of the oldest purpose-built cinemas to survive, with its silent screen, original projection room and ornamental frontage still relatively intact. We intend to show an early dramatization of His Last Bow.

This cinematic treat will be followed by a brief excursion to the potential site of Von Bork’s residence as located by one of the most distinguished members of our Society, Bernard Davies.

We will then return to our hotel where we will enjoy a splendid dinner and an exciting, informative and lively talk on M R James by our one of our most outstanding and knowledgeable members, Roger Johnson.

Sunday 4th September
After a leisurely breakfast, our member Marcus Geisser will present a paper on the identity of that mysterious character, Von Bork. He will also investigate what the only appearance of motor cars can tell us about His Last Bow and other espionage stories from this period. And, no doubt, he will make more revelations for which the world is finally prepared.

The weekend will end on the usual tranquil, joyful note with a splendid farewell lunch at our magnificent hotel.
We cannot predict whether there will be any Covid restrictions in place in September but, if necessary, we will adjust the programme accordingly.

There are still places available. If you are interested, you will be very welcome to join us. Please contact Judi Ellis for further information. Her email address is set out below.

Many members have already booked. They will receive full details, including a note of any further payments required, later in the year. If you are not sure of your current status, please check by emailing Judi on 221bshsl@gmail.com