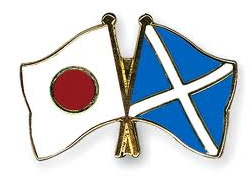 The following is from the University of Stirling website at http://www.stir.ac.uk/events/calendarofevents/2016/february/japanweek2016/name-118539-en.html

Ian Fleming, author of the James Bond series, wrote "You Only Live Twice" in 1964 after his visit to Japan.  Some characters in the novel were, in fact, named after members of the Tokyo Baritsu Chapter – a Sherlock Holmes society in Japan founded in October 1948.  What was the role of Tokyo Baritsu Chapter in Post War Japan?  And that of the Information Research Department – a secret department in the British Foreign Office?

This event is part of the University of Stirling's Japan Week 2016 and is open to staff, students and the wider community.  It is a free event, but places are limited and should be booked in advance via the online shop – http://shop.stir.ac.uk/browse/extra_info.asp?compid=1&modid=1&deptid=14&prodid=314&catid=61.