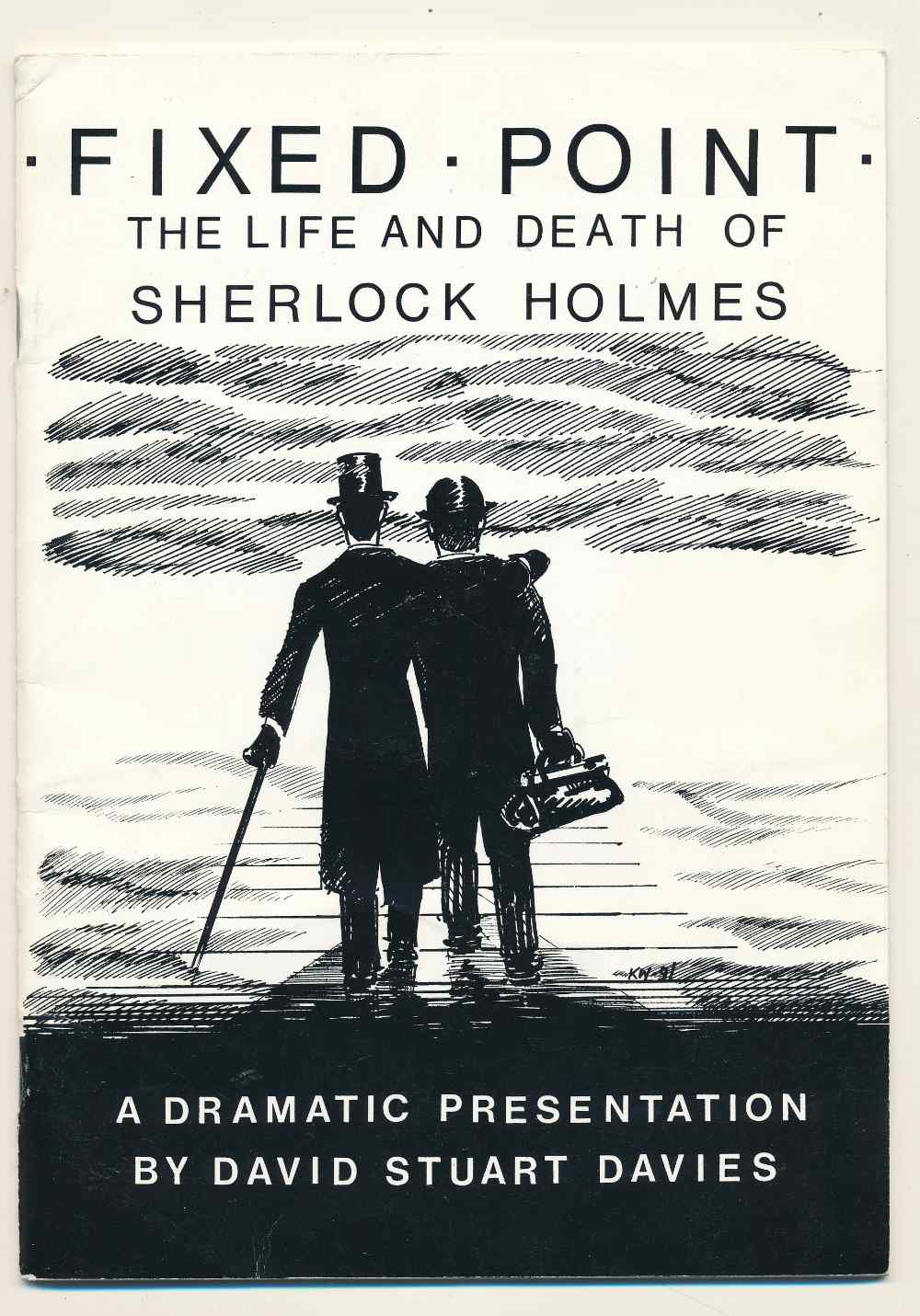 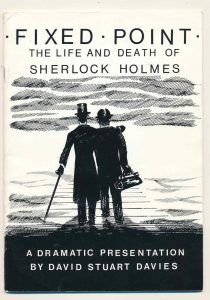 After the formal business of the evening we present:-

David writes, “My small drama, Fixed Point, was written over twenty-five years ago to be performed at a Northern Musgraves’ meeting.  It was well received, and a script copy was published with an introduction by Jeremy Brett who called it a ‘warm and tender play.’  We repeated the production at the theatre at Granada Studios Tour and at the SHSL’s Back to Baker Street festival in 1994.  Several American scions presented their own version of the play.

“The year is 1939 and Watson is in a nursing home when he receives the news of Sherlock Holmes’ death.  He is visited by a reporter to interview him about his relationship with the great man.  As Watson reminisces, Holmes materializes in the background to comment on Watson’s observations of their time together.  In this way, the drama presents a capsule version of the two men’s life and adventures together.  The ending is poignant and has provided many a Sherlockian with a damp eye.

“This new production is a real experiment: a Zoom performance.  I am the writer and will perform as Holmes, but I confess that I am rather naïve regarding Zoom and its intricacies and demands.  Therefore, I am delighted to say, that this aspect of the show is being handled by the brilliant Mark Jones who is not only putting the whole thing together but will also be playing the part of the reporter.  My old friend Matthew Booth will take on the major role of Watson, one that he has played before with great aplomb . My wife, Kathryn White, will be putting in a brief appearance as the nurse.  Fingers crossed this will be an engaging and touching show.”