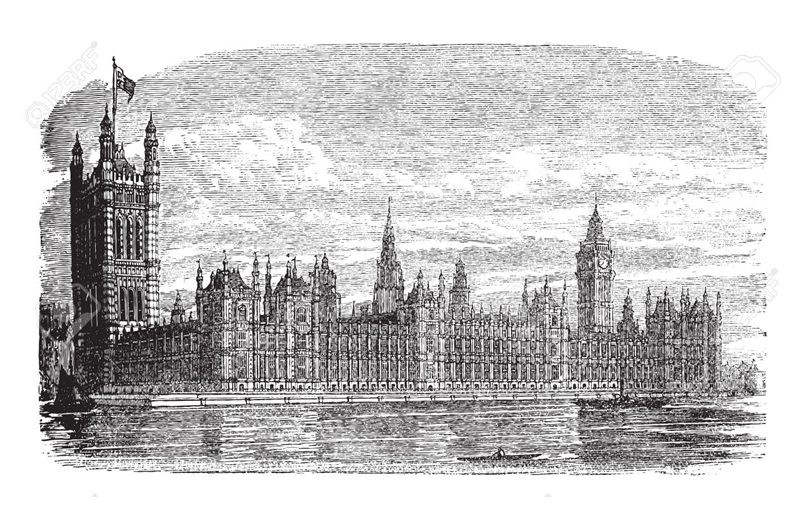 The Society's sixty-fourth Annual Dinner will be held in the Members' Dining Room at the House of Commons, London, on Saturday 6th January 2018, at 6.30 for 7.30 pm.  The title assigned to this year's function is THE STORMY PETREL SUPPER.  We are much indebted to Jo Johnson, who makes a welcome return as our sponsor as a sitting Member of Parliament, a requirement for all functions held in this unique venue. We look forward to welcoming both him and all or most of our Honorary Members, as well as members of the Society from all over the world.

Our guest speaker this year is Admiral The Right Honourable Lord West of Spithead, GCB DSC PC.  Admiral Lord West served in fourteen ships and commanded three.  He commanded HMS ARDENT in the Falkland Islands where she was sunk in their successful recapture.  Awarded the Distinguished Service Cross he led the Victory Parade through the City of London.  He was a carrier battle group commander for two years and took the 22 ship group to the Far East for the Hong Kong withdrawal.  He served three years as head of Naval Intelligence and three years as Chief of Defence Intelligence during which time he provided intelligence for the Kosovo war.  He was Commander-in-Chief Fleet for the invasion of Afghanistan and First Sea Lord for the invasion of Iraq.  On retiring he advised both Conservatives and Labour on defence and foreign policy before, in July 2007, becoming the Minister responsible for national security and counter-terrorism as well as cyber security.  He produced the nation’s first National Security and Cyber Security Strategies.  He left government in May 2010 and is currently chairman or strategic advisor to a number of companies, Chancellor of Southampton Solent University, Knight President of the Knights of the Round Table and patron of the Docklands Sinfonia.   Lord West was made a Knight Commander of the Order of The Bath in 2000, Knight Grand Cross in 2004, Baron in 2007 and a Privy Counsellor in 2010.

Most members will know that the seating capacity of the Members' Dining Room is limited to 170 and that this means it is only possible for them to invite one guest each. If the Dinner is oversubscribed a ballot will be held immediately after the closing date for applications, which is Friday 24th November.  Security at the House of Commons is necessarily strict, and admission will be by formal invitation only: for this reason we need to know the full name of your guest if you are bringing one.  Successful applicants will receive personalised invitation cards which will have to be produced to the police on the night in order to gain entrance to the building, and as these will perforce be despatched during the Christmas postal rush please do not worry unduly if yours does not arrive until after the holiday.  If you expect to be away at that time please give an address to which mail should be sent to ensure safe receipt.  Guests are advised to bring personal photo identification.

A vegetarian alternatives will be available if ordered in advance, and special dietary requirements can also be catered for provided sufficient notice is given.  Space is provided on the application form for you to state your requirements. Details of the Vegetarian main course are unlikely to be available in advance of the Dinner.

The charge for the evening will be £88.00/US$176.00 per head, inclusive of everything except drinks which must be paid for individually on the night.  Copies of the House of Commons wine and bar lists will be sent to all successful applicants so that they can order in advance: we have found that this gives everyone more time to mingle with friends in the bar beforehand – although you will be able to place an order on the night if you prefer.