You are here: Home > Events > “A Tribute to Arthur Conan Doyle”

“A Tribute to Arthur Conan Doyle” 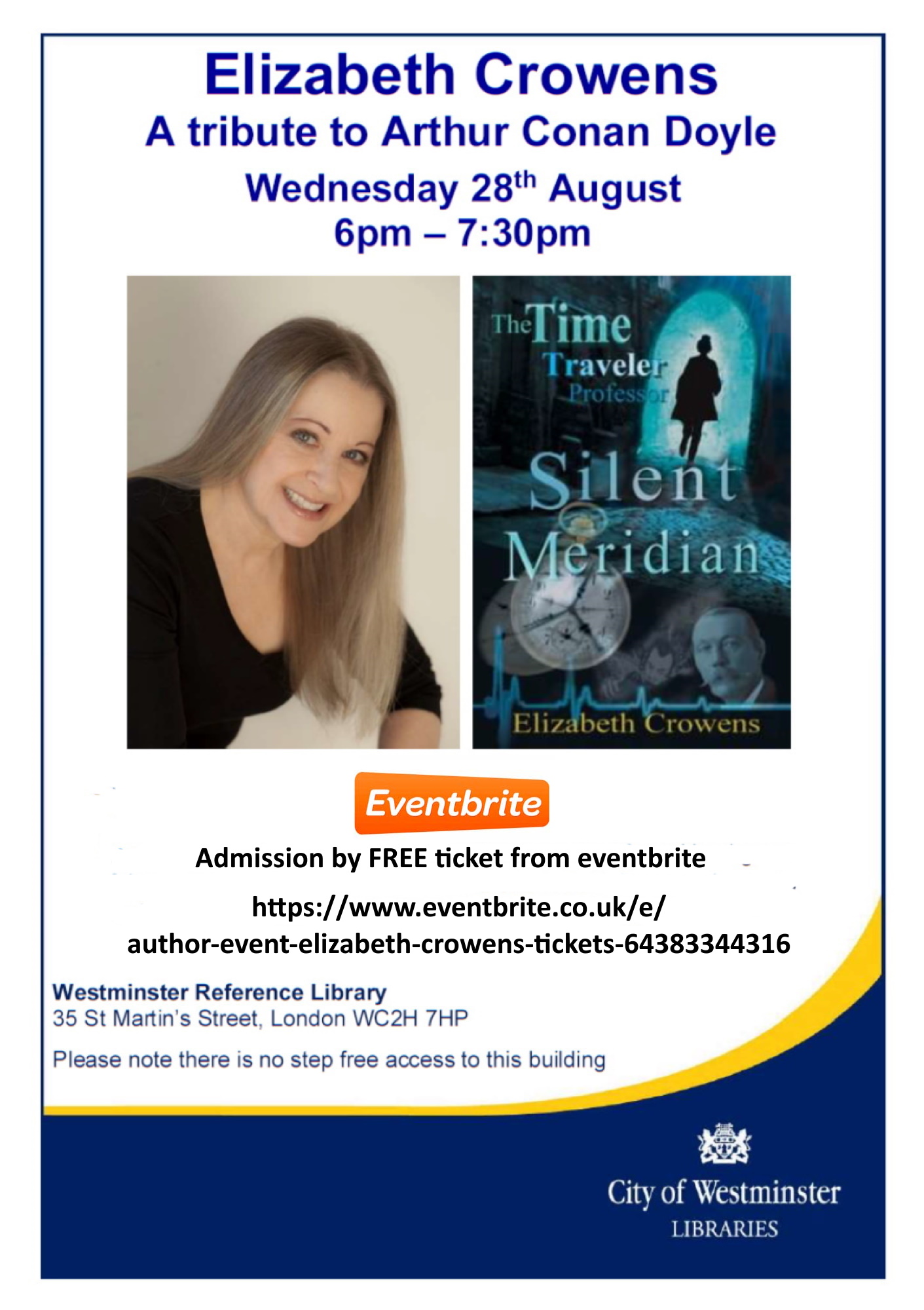 Join author Elizabeth Crowens as she discusses the life and background of Arthur Conan Doyle, the man behind Sherlock Holmes – and reveals how he inspired her alternative history novel series, The Time Traveler Professor.

Elizabeth has worked in film and television for over twenty years, and as a journalist and a photographer. She’s a regular contributor of author interviews to an award-winning online speculative fiction magazine, Black Gate. Her short stories have been published in the Bram Stoker Awards nominated anthology, A New York State of Fright and Hell’s Heart. She’s a member of Mystery Writers of America, The Horror Writers Association, the Authors Guild, Broad Universe, Sisters in Crime and several Sherlockian societies. She is also writing a Hollywood suspense series.