You are here: Home > Events > A tour of Kew Garden

A tour of Kew Garden 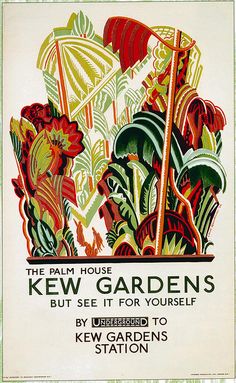 “What a lovely thing a rose is!”  – A tour of Kew Gardens

Now arguably one of the most famous botanical gardens in the world, The Royal Botanic Gardens at Kew were originally two gardens.  In 1727 George II and Queen Caroline came to the throne.  A year later, Caroline leased the Dutch House at Kew (now known as Kew Palace) to house her three eldest daughters.  Their eldest son Frederick, now Prince of Wales arrived in December 1728, aged 21, and took a long lease on the nearby Kew Park belonging to Lord Capel John of Tewkesbury.  Frederick then set about remodelling it with assistance from architect and landscape designer William Kent, best known for Chiswick House and Stowe House.  Now with a plastered exterior, the house became known as the White House.  After Frederick’s death in 1751, the gardens were enlarged by Augusta, Dowager Princess of Wales, and the architect William Chambers was commissioned to build several exotic buildings, including in 1761 the Chinese pagoda  which still remains and which has recently been restored and, for the first time in decades, opened to visitors.

In 1772 the royal estates of Richmond and Kew were merged and the Dutch House was purchased by George III in 1781.  Kew Palace is also open to visitors, as are the nearby kitchens which had been those of the White House.  The White House itself was demolished in 1802.  William Aiton, formerly of the Chelsea Physic Garden, had been appointed director of the newly established botanical garden at Kew in 1759, where he remained until his death.   Sir Joseph Banks, who had sailed with Captain James Cook, served as an informal advisor to King George III and by sending botanists such as Francis Masson around the world to collect plants, made Kew the world’s leading botanical gardens.  He is credited with bringing 30,000 plant specimens home with him and discovering 1,400 of them.  He became the formal advisor in 1797.  In 1840 the gardens were adopted as a national botanical garden.  Under director William Hooker, the gardens were increased periodically, and now cover 300 acres.

There are two other buildings worth of note in the Gardens.  The Palm House built by architect Decimus Burton and iron-maker Richard Turner between 1844 and 1848, was the first large-scale structural use of wrought iron.  It is considered the world’s most important surviving Victorian glass and iron structure.  Every pane of glass is hand-blown. The Temperate House, twice the size of the Palm House, followed later in the 19th century.  It is now the largest Victorian glasshouse in existence and recently reopened after major restoration.

We will start with a 90 minute private tour of the Gardens, splitting into two groups.  Numbers are strictly limited to 30 in total.  These will be led by experienced Kew Gardens tour guides, and we have requested that they highlight suitable Sherlockian connections.  The most obvious is probably The Hive, a striking contemporary art installation in the heart of a wildflower meadow that recreates life inside a beehive.  Walking into this larger-than-life enclosure we will immediately enter the whirring world of a real beehive at Kew, with one thousand LED lights glowing according to the vibrations of bees that live in the Gardens.  We might also be shown some of the landscapes and plants mentioned in the stories, such as lichens, copper beeches or the Alpine House.  After the tour, members are free to enjoy the Gardens  – the ticket price includes entry to Kew Palace and the kitchens, though there is a small extra charge to enter the Pagoda – the newly restored dragons can be admired from outside for nothing.  Refreshments can be purchased in several locations, including The Orangery near Kew Palace.

Kew Gardens Victoria Gate (TW9 3JR)  is 500m from Kew Station, Zone 3, on the District Line (Richmond branch) and London Overground.  Please note, there is no level access from the westbound platform at Kew Station.  It is possible to continue one stop to Richmond and catch a tube back to use the eastbound platform which does have level access.  The whole event, however, will entail a fair amount of walking.