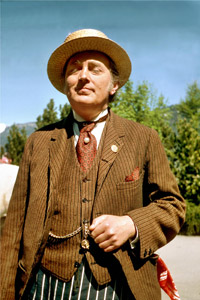 With much regret, the Society announces the death on 21 September 2010 of one of its most senior members.

He made major studies in the exact identification of the geographic locations of the Sherlock Holmes stories. His choice for the location of 221B Baker Street has not been seriously challenged.

In 2008 the Society published a two-volume edition of his collected writings, under the title “Holmes and Watson Country – Travels in search of Solutions.”

A Memorial Service will be announced in due course.