You are here: Home > Events > Sherlock Holmes and the Warlock of Whitechapel

Sherlock Holmes and the Warlock of Whitechapel 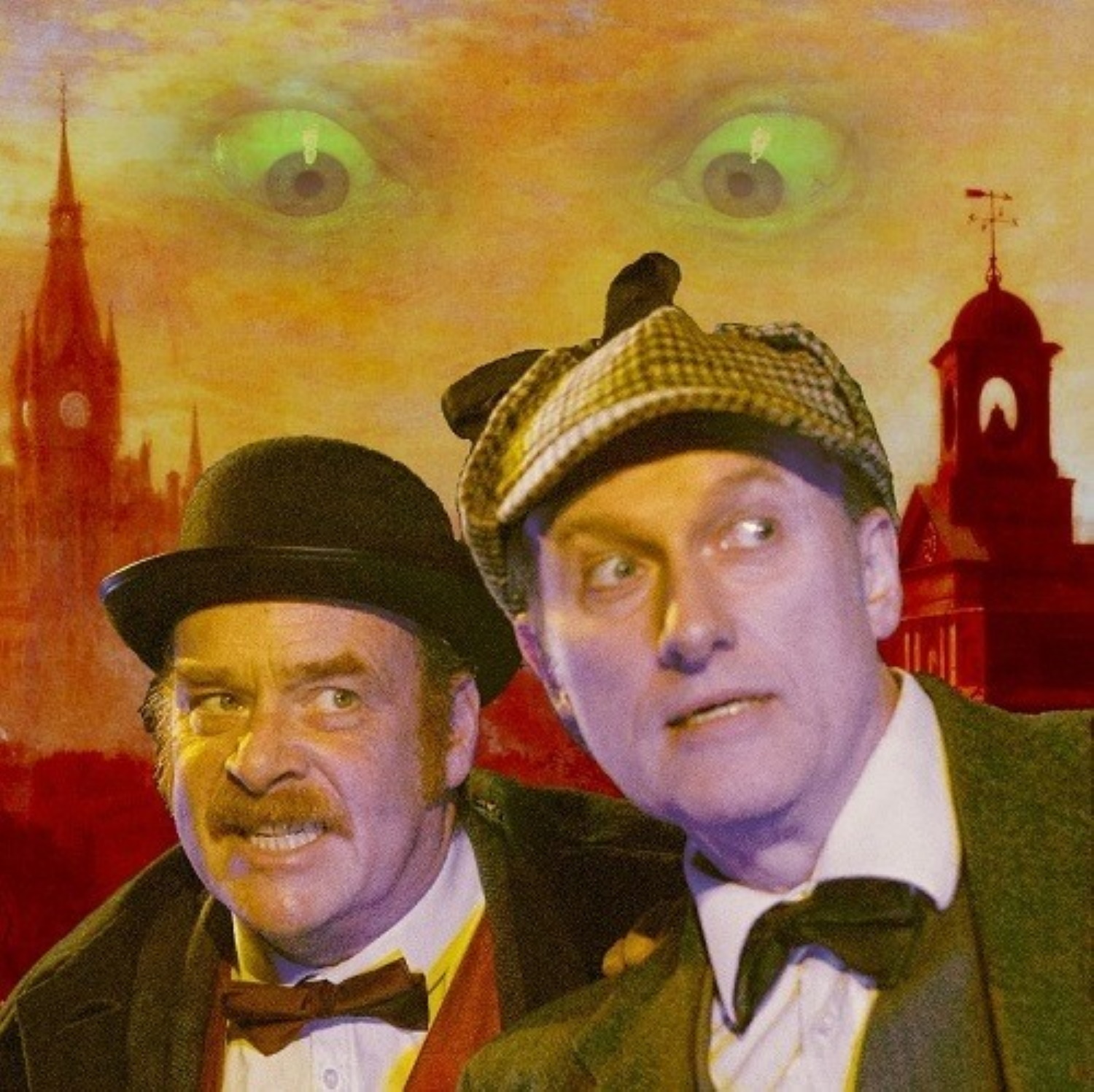 Julian Harries and Dick Mainwaring once again don the deerstalker, plus fours and travelling capes of Holmes and Watson and, along with Common Ground Theatre Company regulars Joe Leat and Emily Bennett, bring another classic Christmas comedy thriller.

“Who’d be interested in this old relic, Holmes?” murmured Watson, one morning at the breakfast table of 221B Baker Street.
“Nonsense, Watson. A splash of cologne and a trim of your moustache, and I’m sure someone would have you.”
“Be serious, Holmes. Look here – in the Morning Post!”

Thus began the case that Dr Watson dared not share with the public, till now. A case that, were its full facts to be known, would shake the nation to its very core, and beyond.

Ancient artifacts are disappearing from museums and private collections all over Europe. A pre-Christian effigy one day, a shamanic totem the next, a pagan fetish at the weekend. Either someone’s on their own personal antiques road trip, or they’re trying to summon dark forces and gain mystical powers. But to what end… and why?

The ensuing adventure takes Holmes and Watson from the wharfs and alleys of East London, to the icy wastes of the north and the hidden temples of the east (changing at Peterborough), as they pursue The Warlock of Whitechapel !

THE TOUR TAKES THEM TO…