You are here: Home > Events > Scenes in the Square – an interactive statue trail in London’s home of film 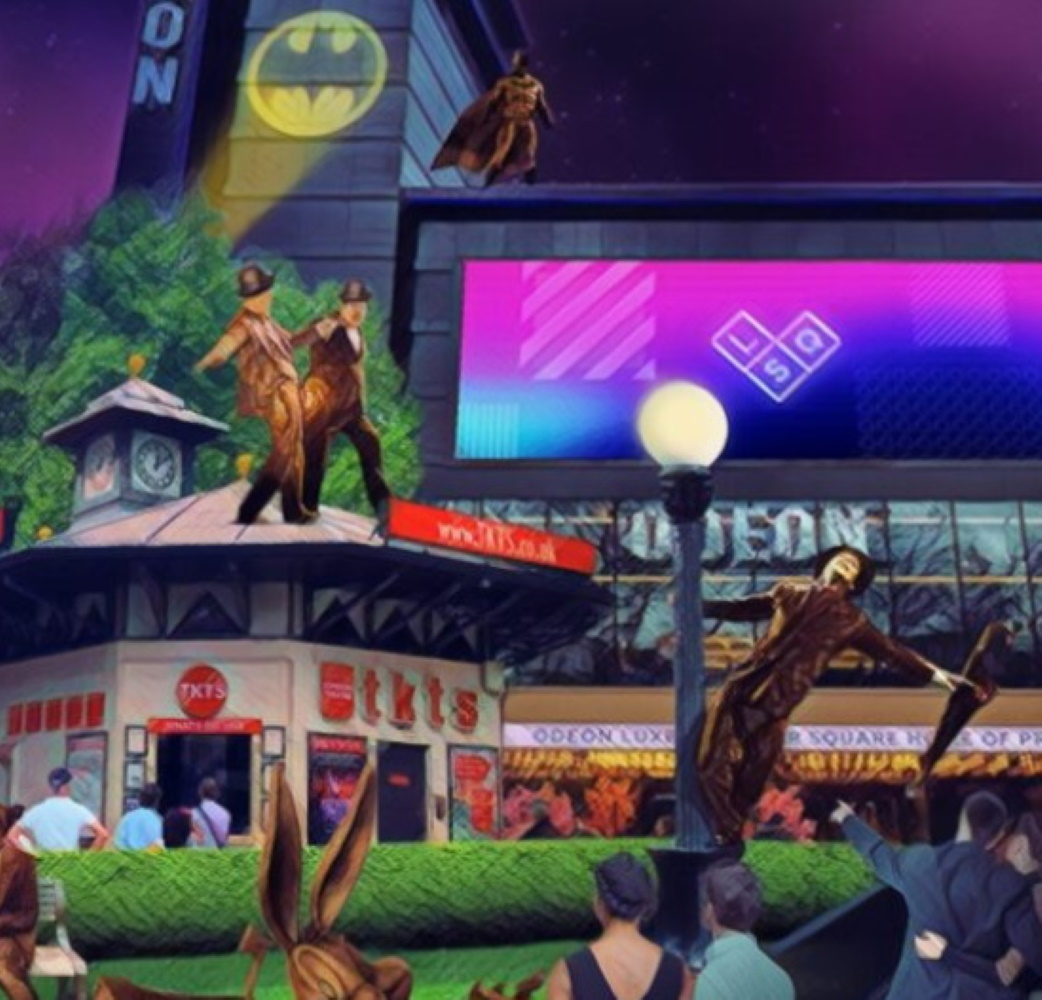 From the 27th February to the 30th June, some of the nation’s most-loved characters, films and iconic scenes will be brought to life in the heart of Leicester Square!

Inspired by Britain’s love of film and a century of cinema from 1920s to 2020s, the dynamic trail of eight interactive bronze statues welcomes you to touch and talk, dance and sing, and of course snap up a selfie with your favourite characters, from Laurel & Hardy to Batman, from Mr Bean to Wonder Woman.

Leicester Square has long been the home of film, with the first cinema opening in 1930 and the very first movie premiere taking place here in 1937. This long-term trail marks unforgettable movies from almost every decade from the beginning until now, with each statue playing homage to the scenery it’s entwined in. 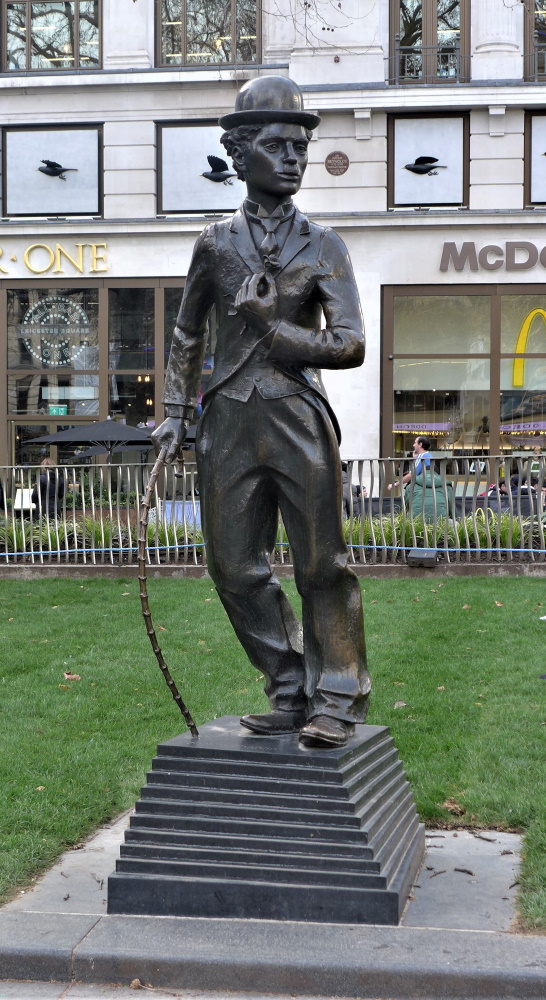 And don’t miss the Square’s permanent bronze resident, Charlie Chaplin, sculpted by our distinguished Honorary Member, John Doubleday, creator of the statues of Sherlock Holmes at Baker Street Station and at Meiringen in Switzerland!

Scenes in the Square if FREE! For more information, see
https://www.leicestersquare.london/scenes-in-the-square/