You are here: Home > Events > A Scandal in Seven Dials!

A Scandal in Seven Dials! 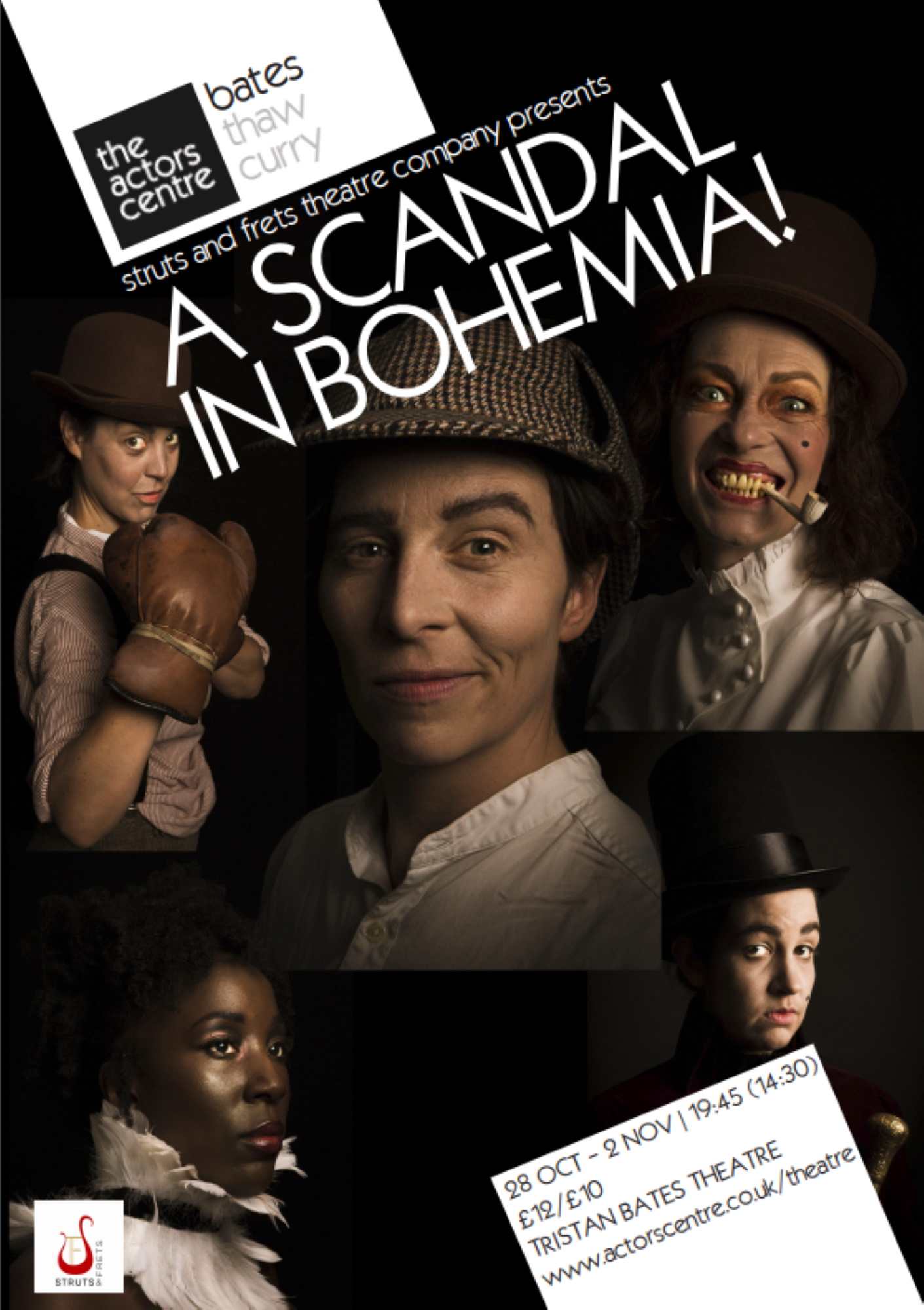 Sherlock Holmes – A Scandal In Bohemia

Struts and Frets Theatre presents Sherlock Holmes in “A Scandal in Bohemia”(and other stories!)
at the Tristan Bates Theatre in Seven Dials
Monday 28th October to Saturday 2nd November

Roll up! Roll Up! For an all-female 90-minute Victorian circus act called A Scandal in Bohemia! This fin-de-siècle steampunk merry-go-round will be a rollercoaster ride of 5 women playing hundreds of characters while Holmes and Watson expose crimes, solve mysteries, cheat death and make it safely back home in time to feed the dog.

Holmes escapes Moriarty at the Reichenbach Falls, dodges and weaves with Lestrade and the bungling authorities in a boxing match, Mrs Hudson takes on the patriarchy in a Punch and Judy Show and there are still a few boxes of the Book of Life to peddle down East Street in the Music Hall market scene!

Using music composed especially for the production, puppetry, magic and some questionable Victorian melodrama in a high-energy, physical, comedic pantomime, we’ll rugby tackle the wider issues of fake news, feminism and sheer force of will as we fly through the legend of Irene Adler’s great escapade, bringing in some of Sherlock Holmes’ favourite other stories and characters.

Specially commissioned for the British Council Pakistan, this production was created to travel like a Victorian circus, using portable costumes, props, lighting, sound and music to tackle political, social, historical and cultural issues for positive change.

The show comes highly recommended by Bonnie MacBird and Roger Johnson, who saw it at the Camden People’s Theatre in July!

See the trailer at https://youtube.com/watch?v=OtN1ZEE7fRQ!

Performances start at 7.45pm, and there’s a Saturday matinee at 2.30pm

Tickets are £12.00/£10.00. Book online at https://www.actorscentre.co.uk/theatre/sherlock-holmes-in-a-scandal-in-bohemia