You are here: Home > Events > “A Mountaineer Named Sherlock” 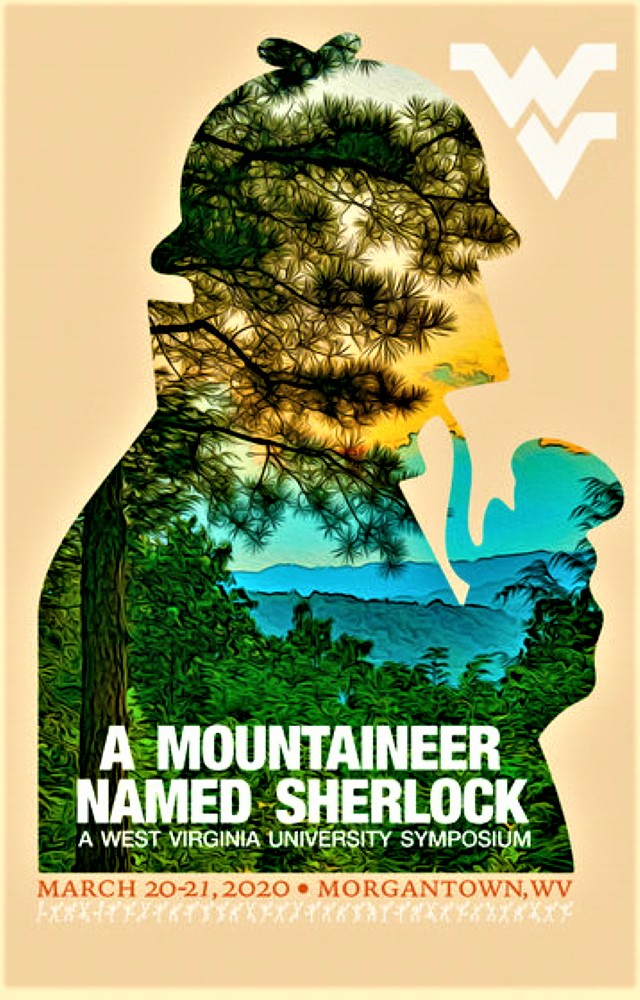 A Sherlock Holmes symposium at West Virginia University Libraries is… elementary. A tremendous amount of evidence exists to make the case for the event.

The WVU Libraries’ West Virginia and Regional History Center  reserves the papers of Dr. Henry Faulds, the father of fingerprint forensics, as part of its International Association for Identification (IAI) Collection, a world-class criminal investigation archives. In addition, WVU’s Department of Forensic and Investigative Science is one of the world’s largest and most prominent forensic and investigative science programs.

Treasures from both collections will be on exhibit during “A Mountaineer Named Sherlock,” a symposium focusing on Doyle’s legendary detective planned for March 20-21 at WVU’s Downtown Campus Library. Holmes earned his mountaineer credentials by spending two years exploring the mountains of Tibet disguised as a Norwegian explorer named Sigerson.

“WVU even has its own Dr. Watson,” WVRHC Director John Cuthbert said. “The late Dr. Edward J. Van Liere, former dean of the WVU School of Medicine and Baker Street Irregular, attracted quite a following in Sherlockian circles by using his medical knowledge to analyze details in the Sherlock Holmes stories.”

Cuthbert is organizing the event with Jay Cole, special assistant to President Gee and WVU alumni Marino Alvarez, Raymond Betzner and Andrew Fusco. Alvarez, Betzner and Fusco are all members of the Baker Street Irregulars (BSI), a literary society devoted to Sherlock Holmes studies established in 1934.

Betzner elaborated on one of Van Liere’s most popular articles, which explored “Watson’s wandering war wound.”

“We know Dr. Watson was injured when he was with Her Majesty’s Army in Afghanistan,” Betzner said. “Watson tells us he was wounded in his shoulder and in another story he’s rubbing his war wound in his knee. So where was Watson actually wounded? There’s lots of playful explanations as to why you’d forget where you were shot with a bullet.”

That’s one example of what to expect from the presentations and panel discussions.

Betzner designed his talk for those who are curious about Holmes, maybe have read a few of the stories, but are not as invested as most devoted fans. “Sherlock Holmes for Beginners” starts with the life and work of Sir Arthur Conan Doyle and goes on to trace the history of this unusual way people have treated his stories.

“A friend of mine says, ‘when it comes to Sherlock Holmes, there’s a thin line between fiction and reality. And we’re here to erase that line’,” Betzner said.

“We treat Holmes, Watson, Professor Moriarty, Mrs. Hudson and everyone else in the stories as real people and ask, ‘if they were real people and if these 60 records are true, then how do we explain away the inconsistencies in the different records, in what is described by Dr. Watson and what is recorded in British history?’

“It’s all done tongue in cheek and with a great deal of fun,” Betzner said.

Alvarez is eager to introduce the audience to the author and his creation with a presentation titled “Arthur Conan Doyle’s Divided Self.”

“For those not yet acquainted with Conan Doyle’s world of Sherlock Holmes, a journey that brings forth a new experience that goes well beyond a story’s ending awaits. The stories will involve you in the Victorian writing style of the period and give you a pleasurable pastime, and stir your imagination to realize unforeseen possibilities,” Alvarez said.

The symposium begins March 20 at 4:30 p.m. with the opening reception and exhibits in the Downtown Campus Library’s Rockefeller Gallery. Fusco will deliver a presentation at 6 p.m. in the Milano Reading Room.

Other highlights will include a tour of the WVU Crime Scene Training Complex and a Holmes-inspired dinner with a keynote presentation from Michael Whelan, emeritus leader of the 300-member BSI.

“From our academic programs to our library collections to our Mountaineer identity, we think Sherlock Holmes would feel very much at home at WVU. We will celebrate all of these connections during this symposium,” Cole said.

The symposium is FREE to attend and includes the opening reception on March 20 and meals on March 21. Click Sherlock Holmes Symposium to register and for more information, email librarydeanoffice@mail.wvu.edu or call (001)-304-293-0304.